Because the body is a complex system with many factors that we need to understand,which impact breathing and sleep, a proper patient evaluation is critical for establishing the best treatment protocol for our patients.

“Unfortunately, many times the airway tube does not form properly. A malformed airway can wreak havoc with muscle tone and head position. Research has clearly correlated head posture with mandibular position and temporomandibular joint disorders. Many of your patients will likely have these problems. They may complain of pain in the following muscles: masseters, sternocleidomastoid muscles (SCMs), trapezius, scalenes, splenius capitis and cervicis, medial and lateral pterygoids, temporalis and even the muscles of the low back. Simply put, if an airway is obstructed, a person will instinctively modify their muscle function to optimize or open the airway.”

The Homeoblock™ protocol, which treats craniofacial dystrophy has been shown to improve malformed and underdeveloped airways. The Homeoblock™ appliance works with the body so that physiological changes occur naturally. When wearing the Homeoblock™ the appliances’ design sends a cyclical intermittent light force signal to the periodontal ligament, which surrounds the root of the teeth. The Homeoblock™ unique Unilateral Biteblock® technology simulates the body by replacing the missing hard food in our diet. Epigenetic signaling generates new bone growth and positional changes in the facial bone structure. These craniofacial changes occur due in part to each person’s genetic potential.  My years of treating patients, has shown that the development of the bones of the face, results in better jaw alignment, improved head posture and the strengthening of the muscles for swallowing and breathing.

Treatment with the Homeoblock™ results in remodeling the maxilla (upper jaw) and provides proper jaw positioning and more room for the tongue. When you wear the Homeoblock™ the only way you can swallow is the correct way, by pressing the middle third of the tongue flat against your palate.

As the American Association for Orthodontists white paper has stated, the etiology of sleep apnea is Airway collapsibility.

Some of the contributing factors that we should be aware for our patient treatment are:

With this awareness we need to direct our treatment to these causative issues.

The results shown below are of patients treated with the Homeoblock™ therapy protocol and are generated from CBCT scans and “Analyze14” software. 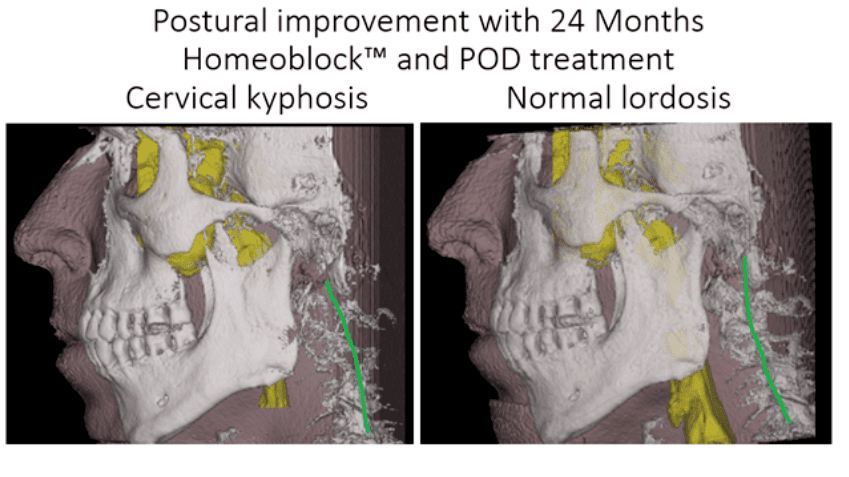 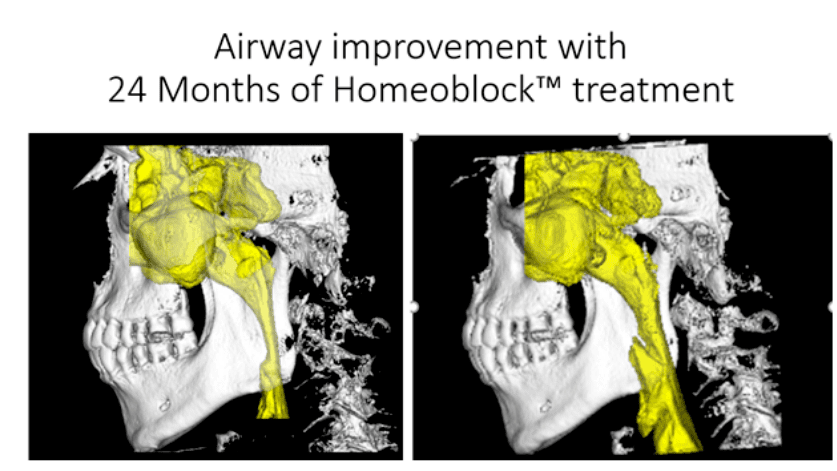 Thoracic shape during respiration was assessed using 23 markers on both the upper and the lower thorax and compared between the 2 postures. [Results] Forced vital capacity, expiratory and inspiratory reserve volumes, forced expiratory volume at 1 second, and the peak flow rate observed with the forward head posture were significantly lower than that with the neutral head posture. 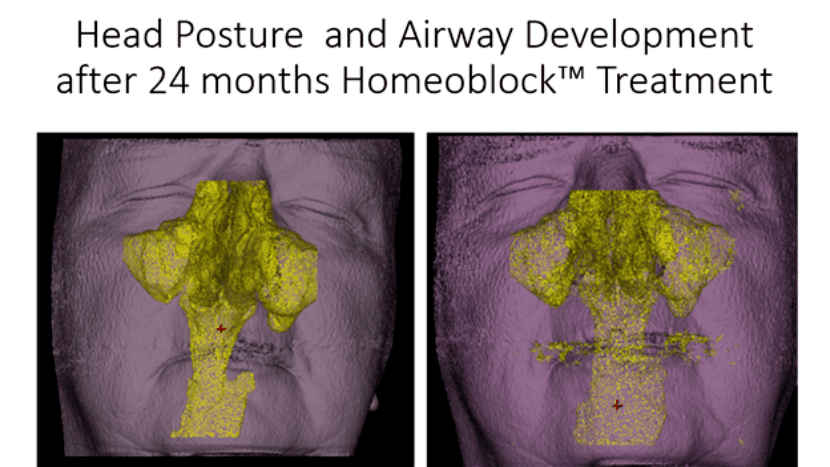 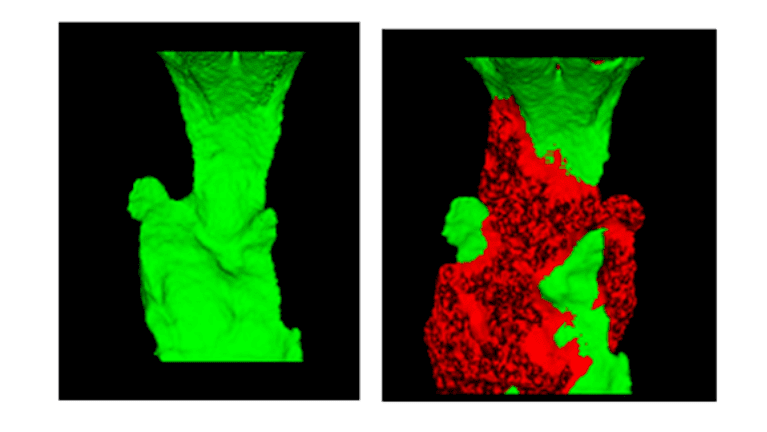 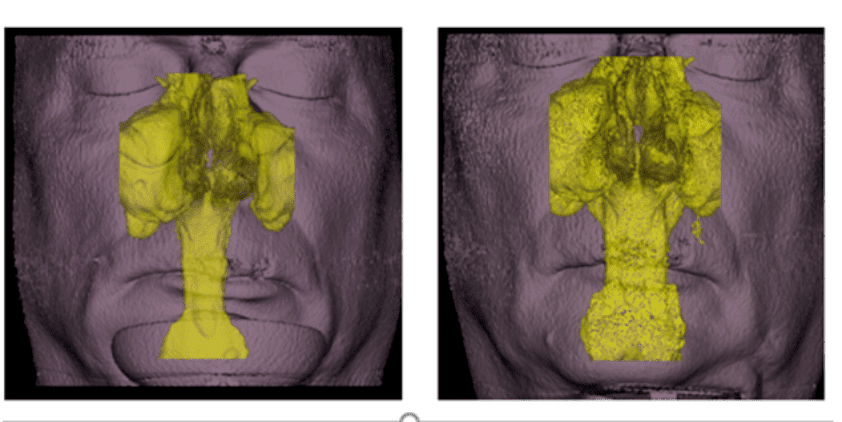 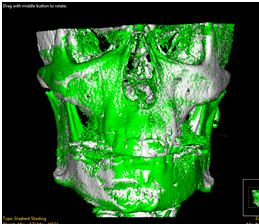 Reduction of pus and granulation tissue could indicate improved breathing 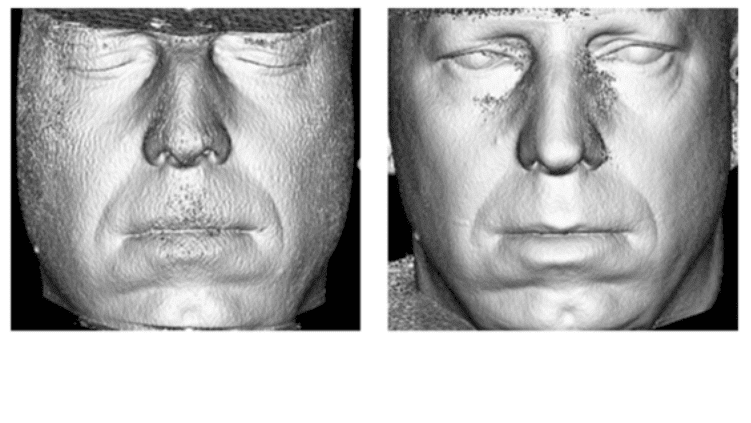 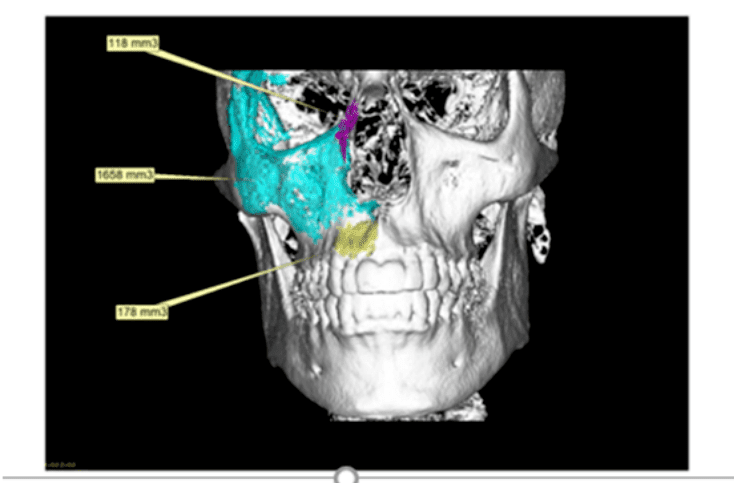 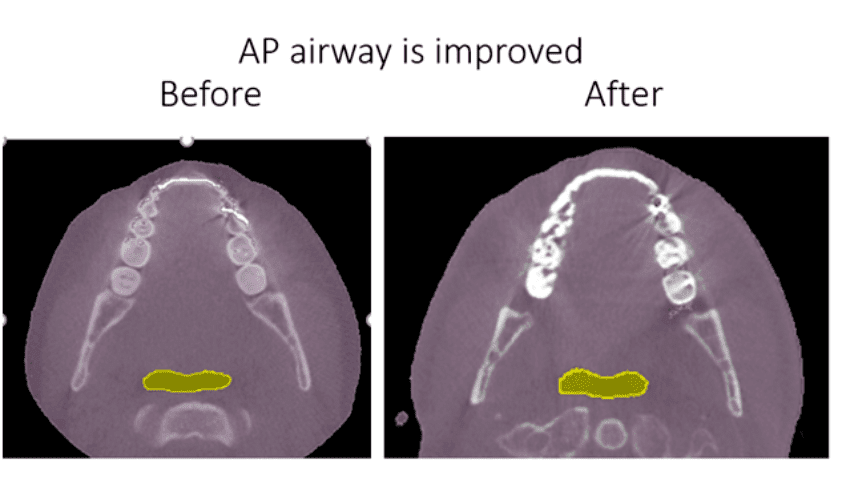 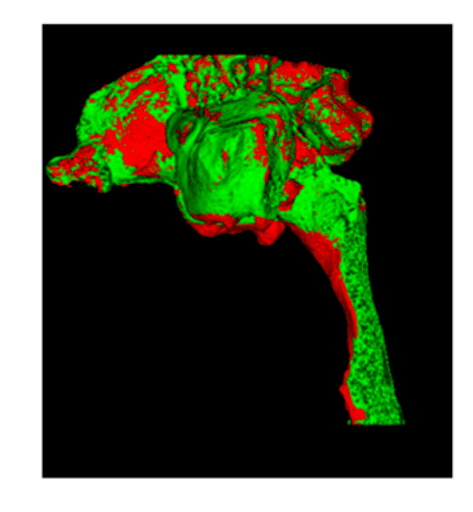 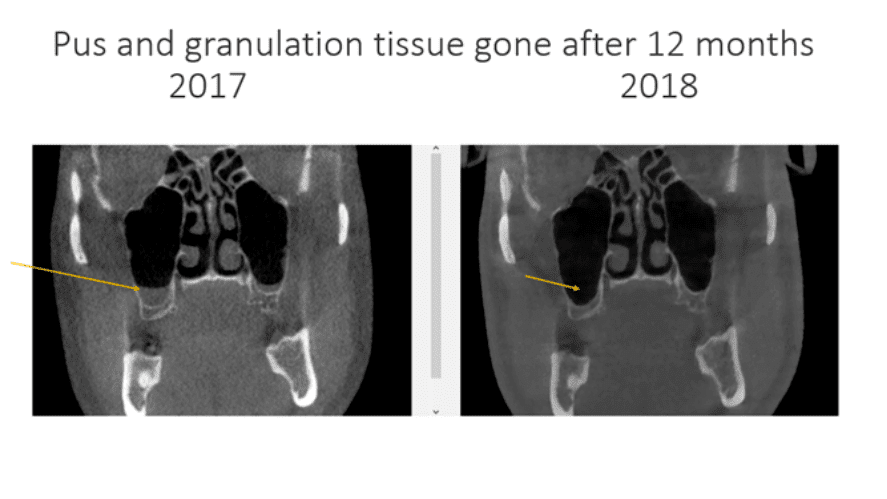 Yes, breathing allows us to hack into our own nervous system, control our immune systems, and restore our health. Yes, changing how you breathe will help you live longer.

James Nestor “Breath A new Science of a Lost Art”

We would love to help.
Please contact us with any questions.

Send us a email.
We will make sure to respond back ASAP.

Call or email us to schedule an appointment.

Please fill out the form below.